I just got home from my brother. We had some good quality time with each other. I figured that we don't have that many "normal" photographs of us together so I brought my camera with me to capture some of it. Thing is, and I don't know if you take photographs of family thingies, but we rarely do it. Mostly it is just quick food snaps or some funny face-swaps. My oldest brother brought some cheese and chicken wings, my other brother was the host so he had some stuff already prepared, I brought some beers and watermelon with me. 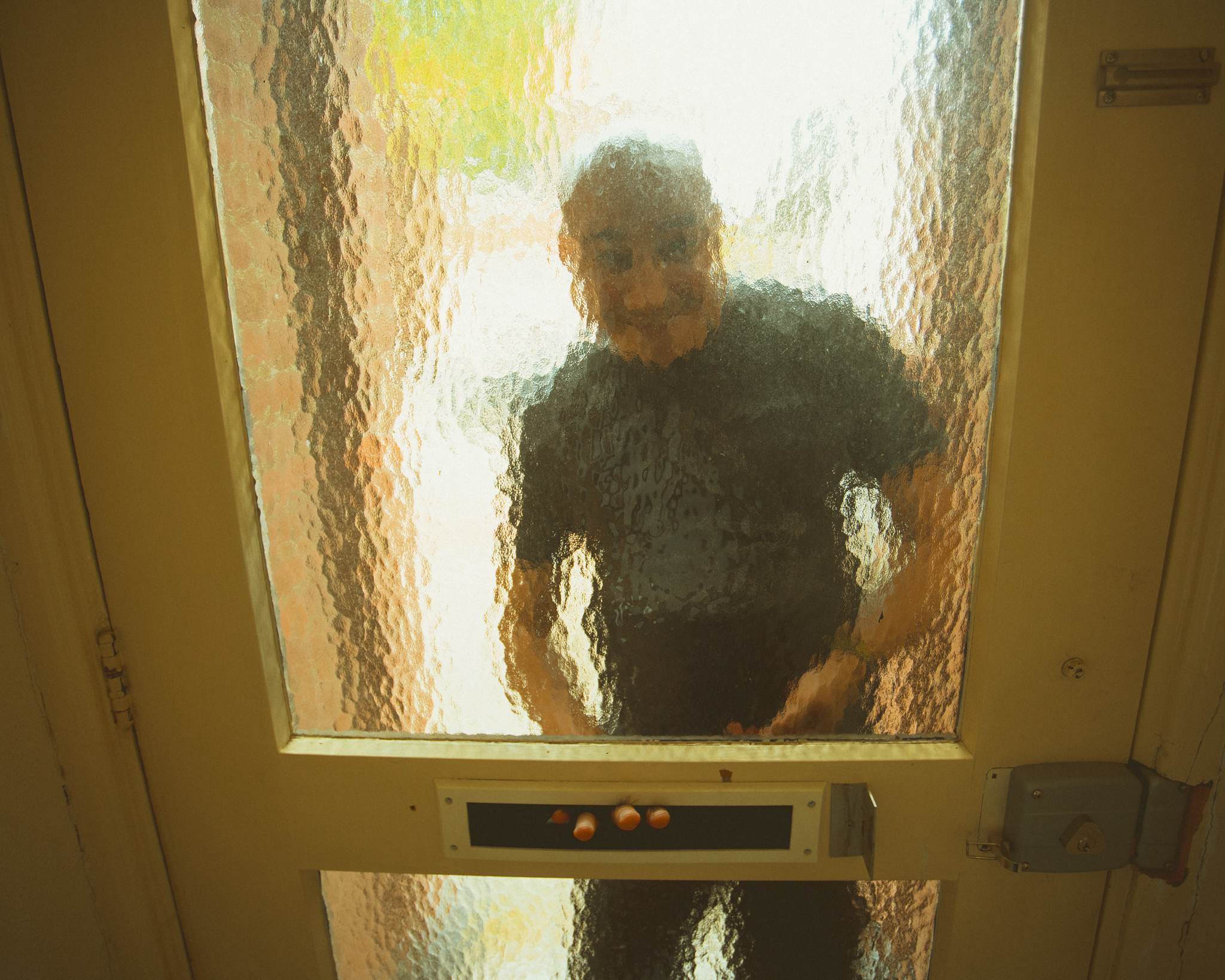 Oh no! Who could this be? There is a hand slipping through the mailbox.

We played a new board game that my brother bought recently. It's called "King of Tokyo", created by the maker of Magic: The Gathering card game. Which makes me excited! I used to play MTG for quite a while when I was younger. I still think that that cardgame has inspired newer card generation games like Hearthstone for example. Back in the days, we played a lot of board games. Monopoly, Risk, Stratego, Hotel, you name it, we probably have played it, and when we did it was hardcore when one of my brothers always threw with dices or shit when he was on the losing side. 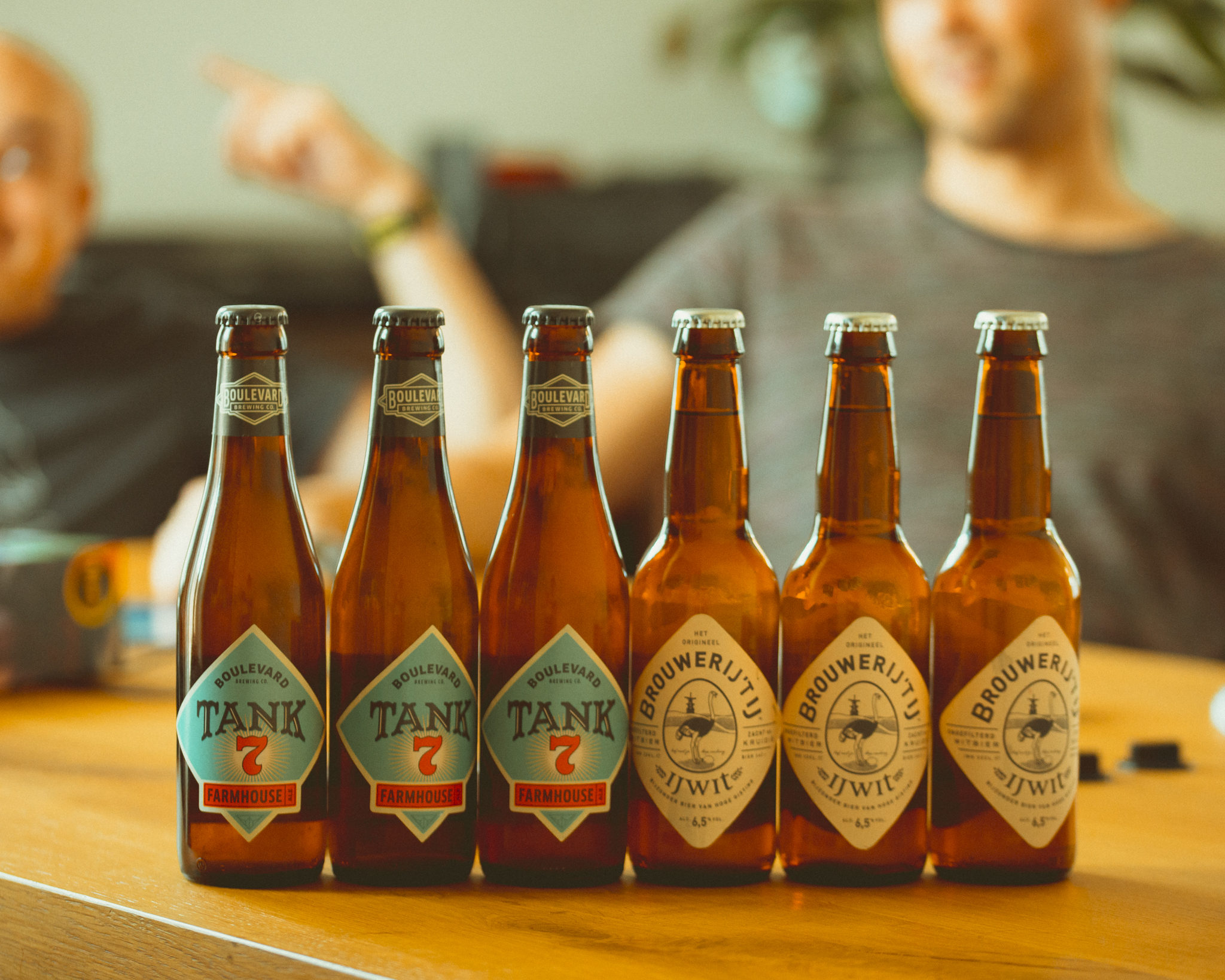 Remember these from the Beerchallenge?

The card game was pretty cool, easy to play and pretty much all about strategic, and obviously when dices are at play: a good portion of luck. We played 7 games in a row to find out who was the final winner of all. We are pretty competitive when we play games as if your entire life depends on it. Luckily for us, we don't have much of a life, so nothing to be worried about. But still... just imagine that it was your own life. 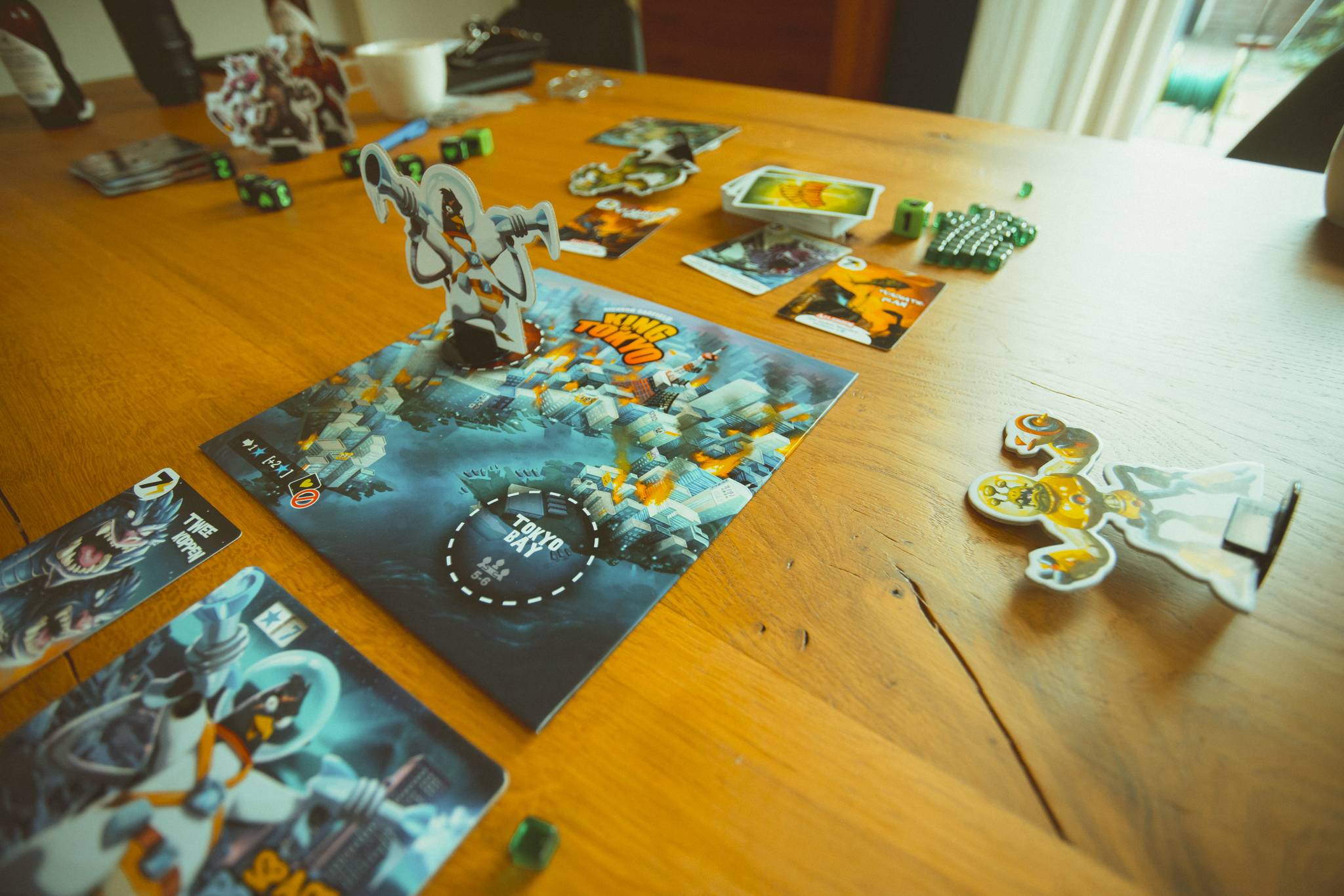 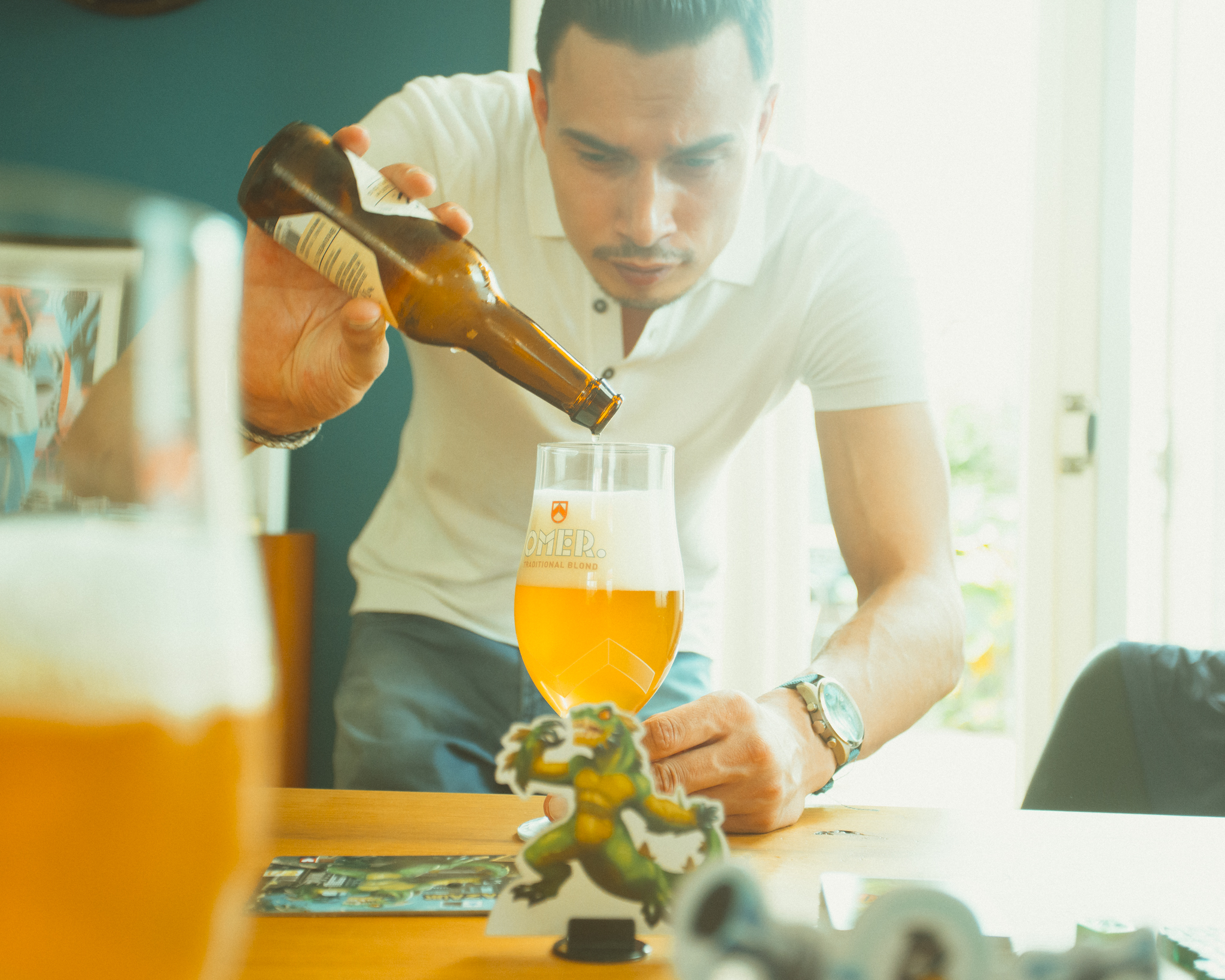 Comforting myself with another beer due the loss.

So, when you start to play the game, you have to pick a hero and play with it. You start with 10 lives and zero points. The person who is the last one that survives, or gets to 20 points first, wins. Easy right? Well... there are 6 dices, and sometimes they just don't roll the way you want them to roll. And sometimes, they roll exactly how you wanted them to roll. Starting with the first throw, you can lock dices and continue to throw them an additional two more times. 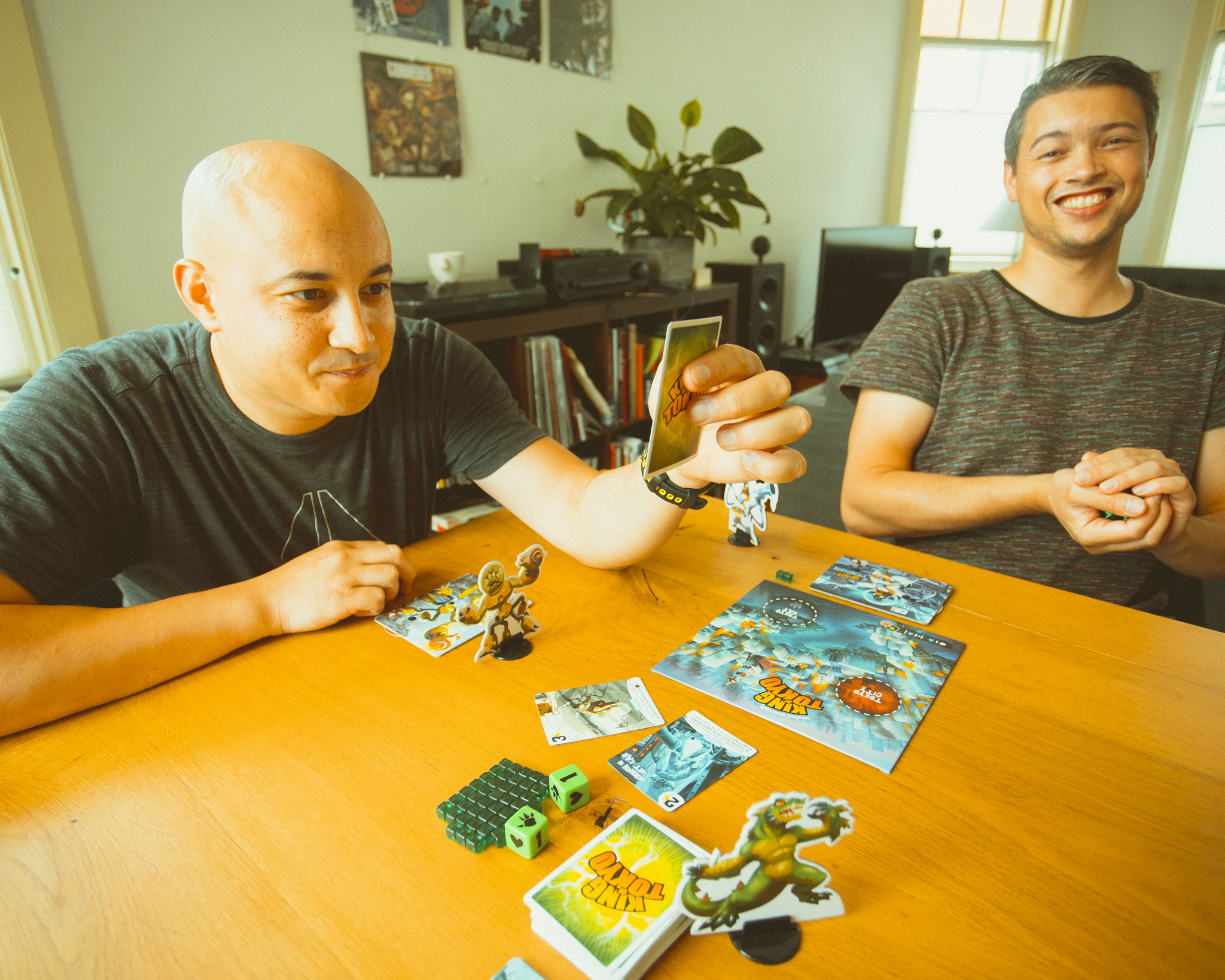 The power-up cards added to the game made things pretty interesting. I think that's the best way to win. Gather as many cards as you can to fuck everyone up. One by one. That was my strategy for the 3rd and following rounds. 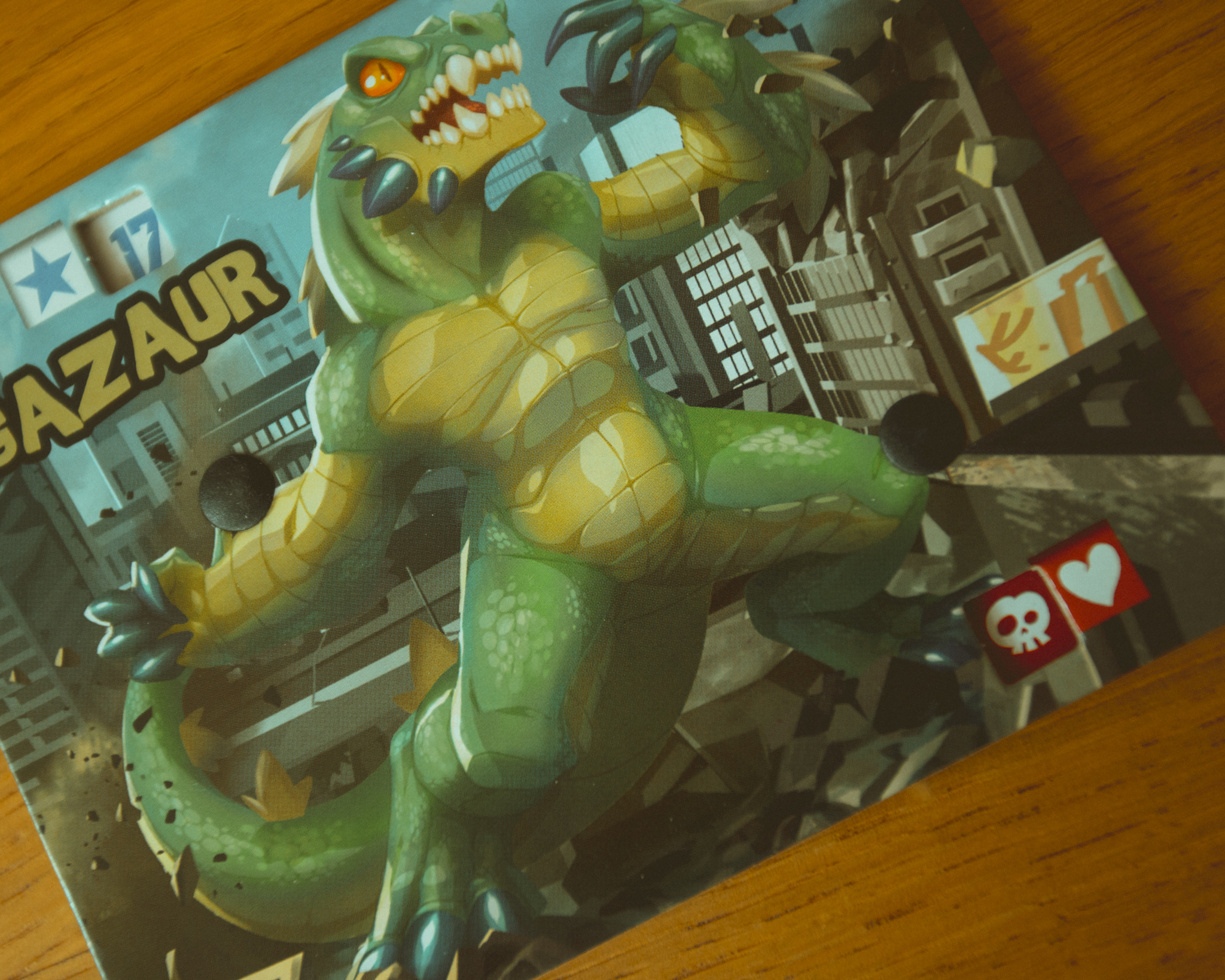 We did this 2 more times and I won both of them in a row. With my oldest brother at still zero points and tied with my other brothers' score, we thought it would've been just a game-breaker between him and me. But in the end, my oldest beat us hard with a whopping 3 wins in a row. Congrats!

After we ate some food, we decided to take some photographs of just the three of us. My brother would kill me if I would post the most disturbing fucked up photographs. But hey, we managed to take a normal photograph. And that is really something special. 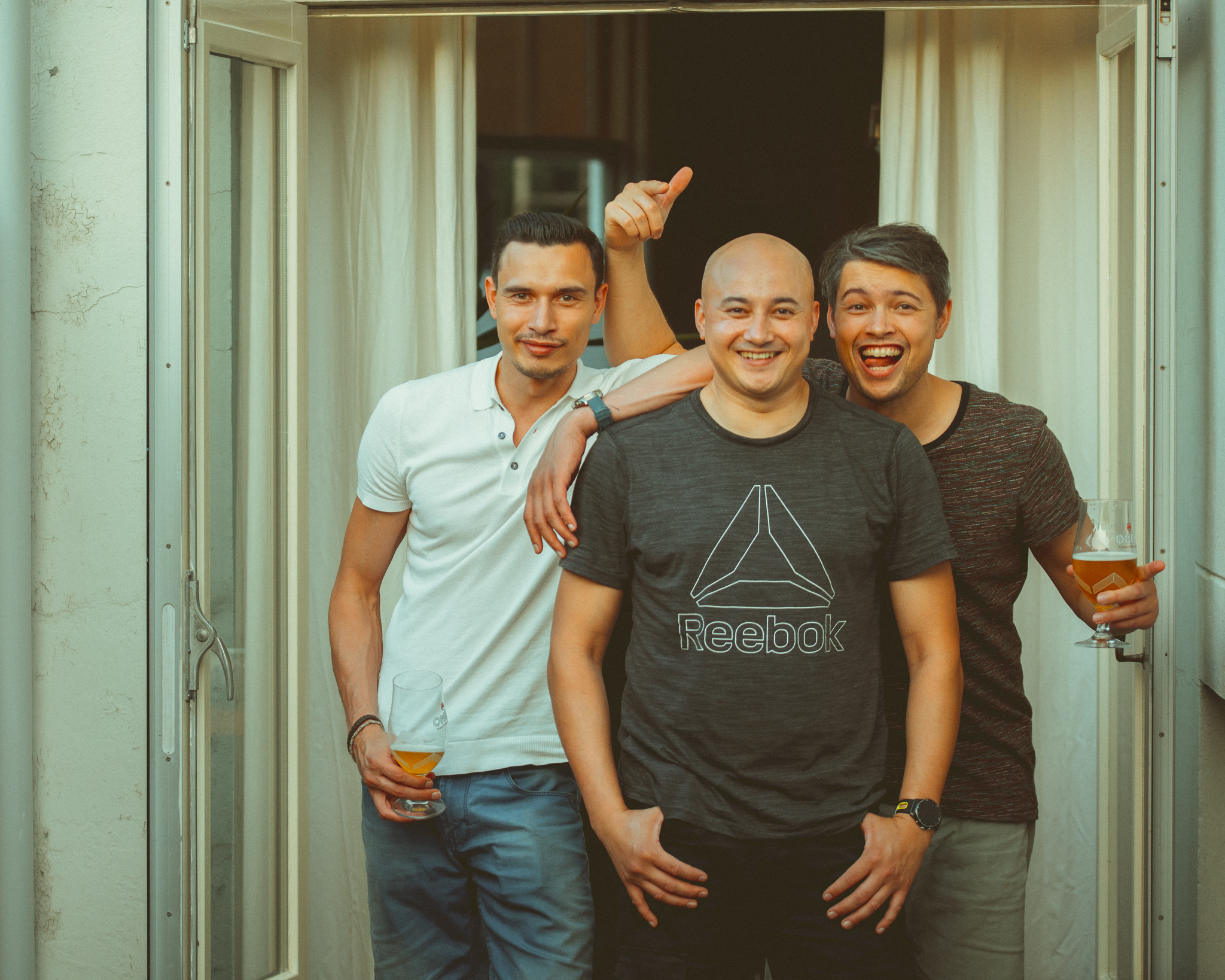 Well normal... I guess that we're getting better at it. 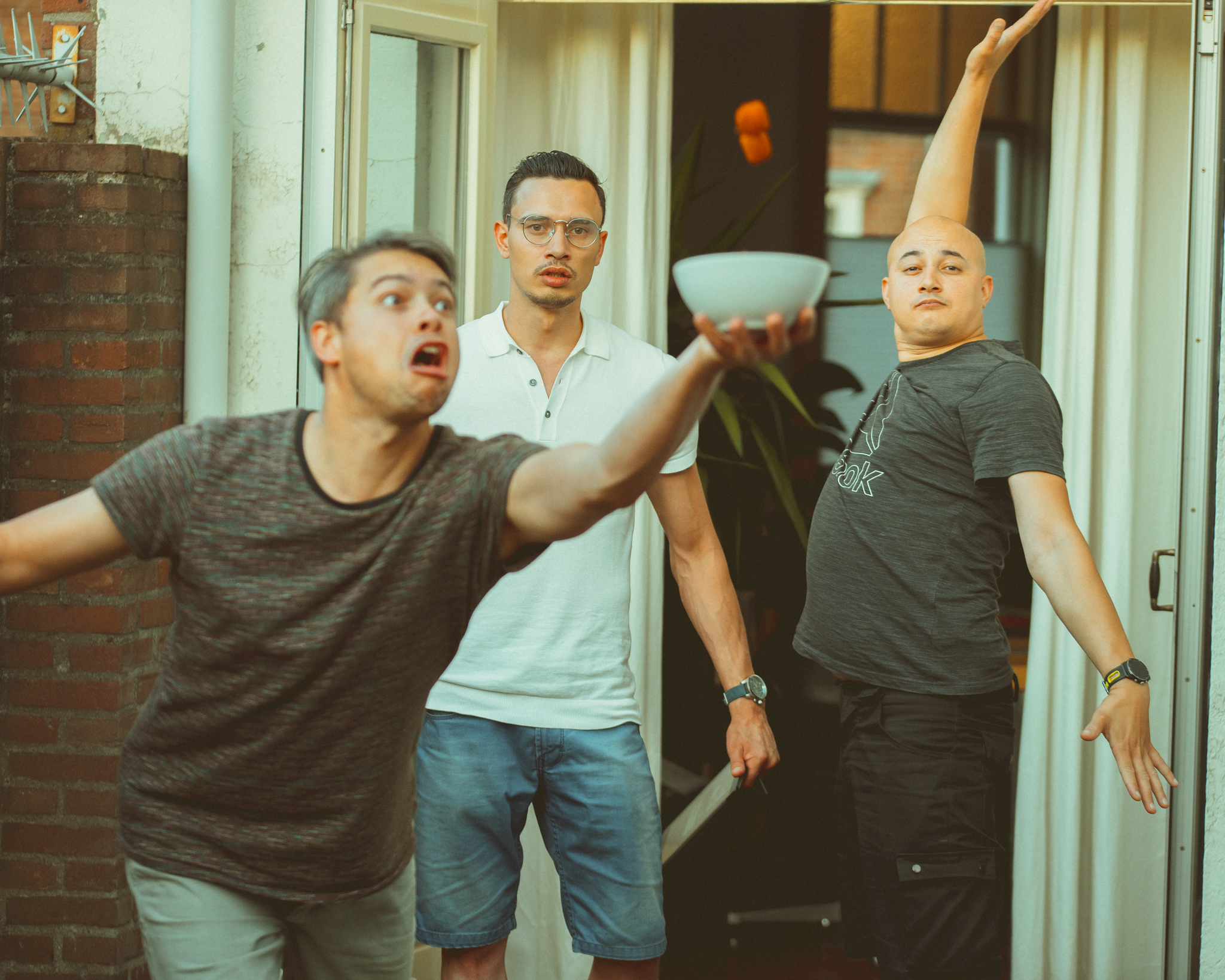 Thought this was weird already? We made some more -even- fucked up shitty photographs right after I told them: "Let's make one specially made for mom". Ha, while we couldn't exactly see each other, or did we know what everybody else was doing. Let's just say that we are brothers and think alike.

After the food and making photographs, we went back inside and played some PlayStation. It was kind of a quiz thing, (holy shit, scrolls back to last photograph... figures.) about ourselves. I can't remember the name but I don't care. We had fun. 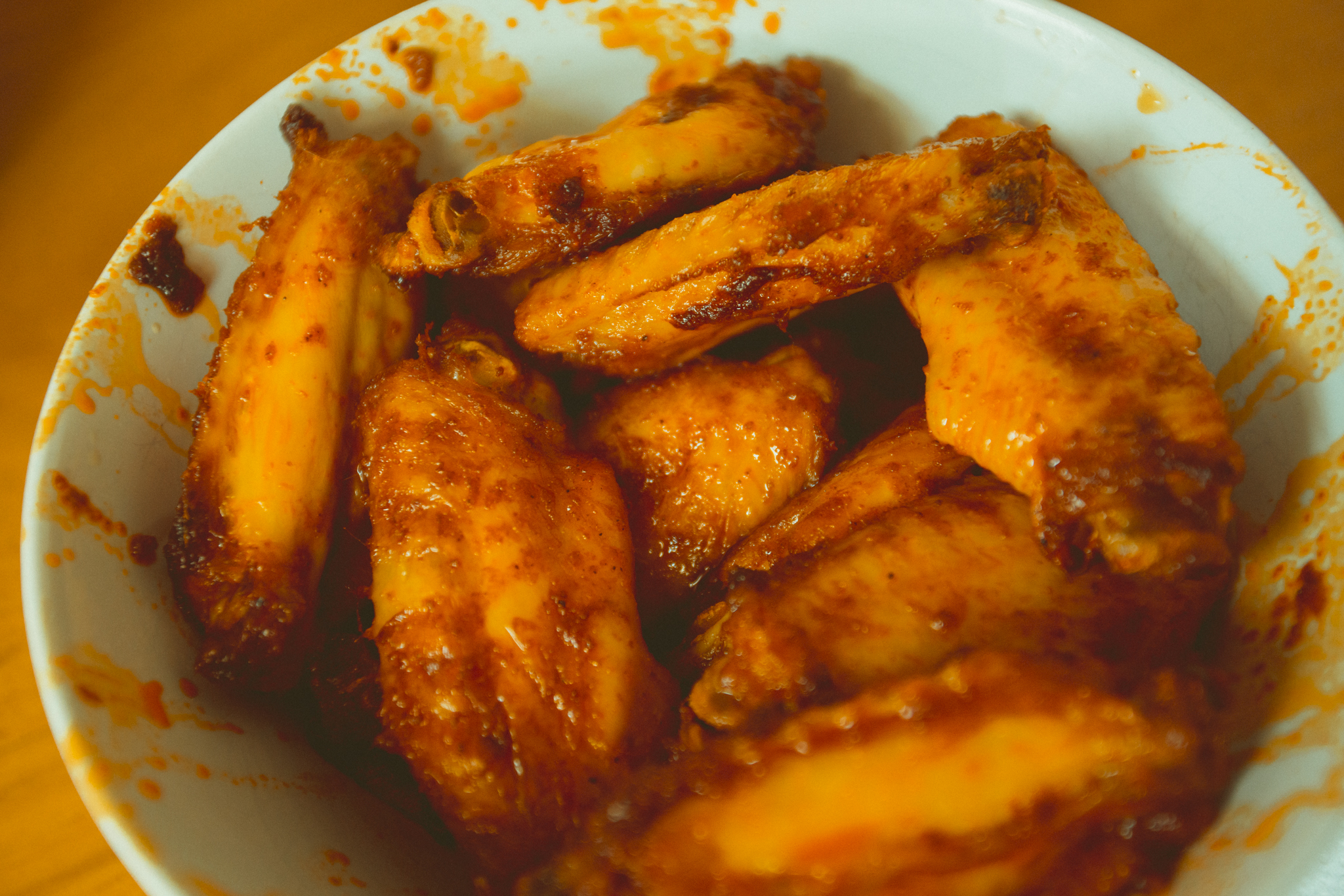 The house was full with chicks laying around ready to get eaten.

After that my oldest brother went home and my other brother and I went to play some Gauntlet and Black Ops. When we woke up the next morning, we continued and murdered the watermelon. 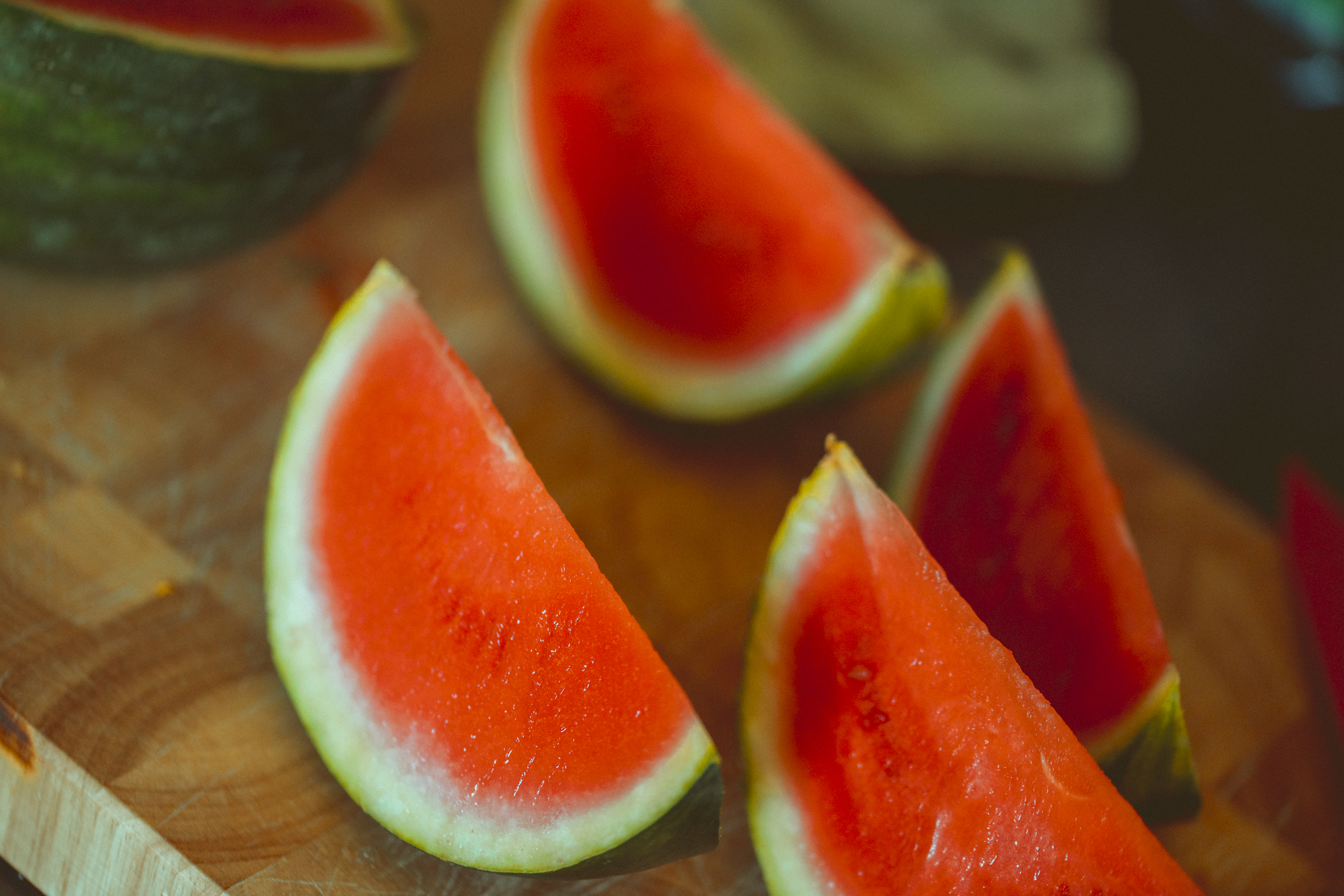 Haha, that's it for today, hope you enjoyed. My brother told me: you're not gonna upload this shit on Steemit, it's going to be there forever. Well, brother-dear... that's the reason why I am going to put it out here.

Cheers, Ruben
photography family blog life
19 days ago by ruben-cress (28)
10,081.32 COINS
19 votes
Reply 5
Authors get paid when people like you upvote their post.If you enjoyed what you read here, create your account today and start earning FREE BEARS!
Sort Order:
[-]
deranged-visions (30)  ·  16 days ago

Looks like a lot of fun. Now I want some chicken wings.

Chicken wings, looks like it's very delicious, don't forget to be happy.

Togetherness is indeed so beautiful. What a wonderful day friend. Moreover, accompanied by a watermelon without seeds. Hmmm amazing day